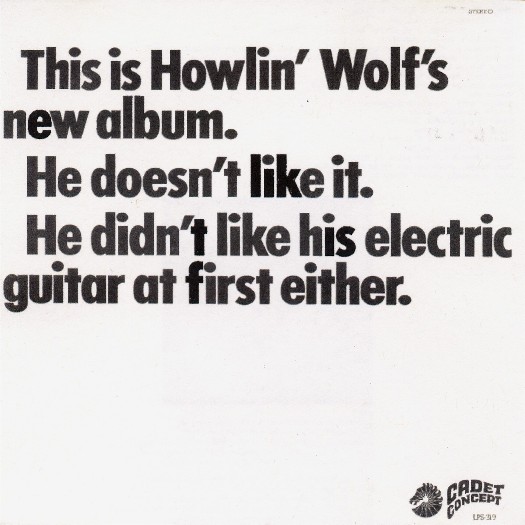 Eating BBQ and drinking whiskey during a hot summers day.

It’s hilarious, I’m assuming this is the inspiration for The Black Keys album Brothers.

It’s great to have on the go, but don’t really wanna mellow out to this one.

You can’t think of blues without thinking of Howlin’ Wolf; a truly innovative and influential artist that was as cool as they come. The Howlin’ Wolf Album does a great job at showcasing his talents, and no song is too grating or disappointing. But the problem with most Blues albums of the time is that after a few tracks it just kind of sounds the same. It’s to be expected, and he keeps enough originality for it not to become a huge pain, but a little more diversity could’ve made this a true gem. Still a good listen nonetheless.